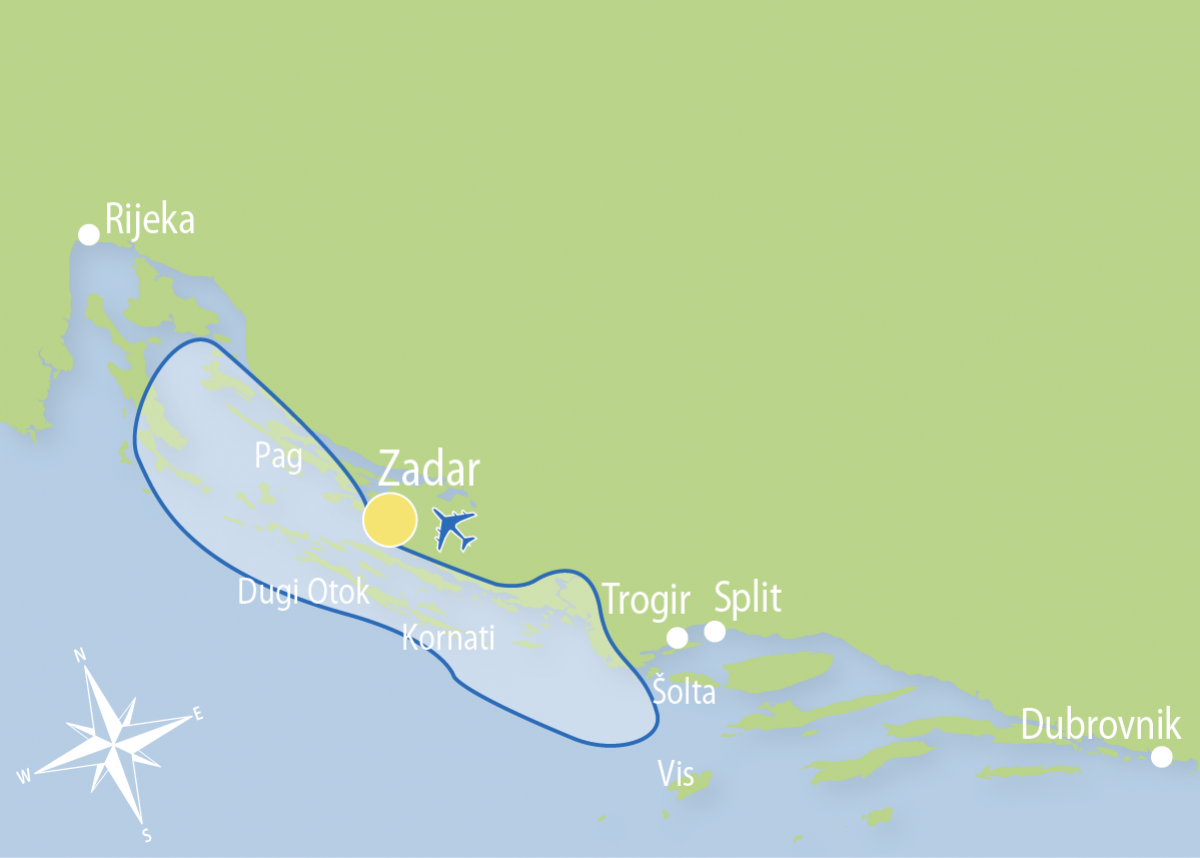 It is not easy to set up routes at the desk that would turn out to be ideal for the entire season. Once an itinerary is advertised in the catalogue, the captain must follow it. Anyhow, our cruises among a thousand islands cannot be as precise as the Swiss Railways, but rather go hand in hand with nature. How can the obligation of a tour operator, who needs to describe the travel program in a catalogue, be reconciled with the experience that it is often best to decide spontaneously to stay in a sheltered bay to swim, or to moor in a small fishing village, the name of which never showed up in the printed program? Just leave it to the captain – spontaneously and without any obligation to adhere to the usual routes – to create his route, depending on the weather and to show his guests familiar sites, as well as hidden secrets outside these routes. This was the wish of our captains, who often tell us – “The happiest of our charter guests are those, with whom we discuss the program and the route together.”
In order to make this possible also for our guests who book their cruises individually, and not as part of a charter group, we have listened to the proposals of our guests and captains and offer special Captains’ Tours, following the motto – “Let’s trust the captain – he will put together an interesting route for us, because ultimately, he knows the sea and the Croatian islands best!”
Route:
Exclusive Captain's Route – the insider tip for individualists
The Captain's Route ex Zadar:

* From 11:30 am to 1:00 pm, boarding time in the port of Zadar.
* The port of embarkation for passengers arriving by plane depends on the flight schedule. With transfer booking via I.D. Riva Tours and flight arrival to Zadar airport until 12:00 noon, embarkation in the port of Zadar is guaranteed. Passengers arriving later will be transferred to the first port of call for embarkation.
* The itinerary is not prescribed, but created by the captain in a flexible way. Considering wheather and sea conditions, he will show you his favourite bays and places.
* At least two nights in sheltered coves and small fishing villages.
* A maximum of three nights in major towns, visited by the route Z2, possibly not on the same days as other ships.
* Whenever possible, the group will avoid meeting groups from other boats and sharing overnight locations.
What's included…
* 8-day cruise according to the itinerary
* Half board (including dinner on embarkation day, and breakfast and lunch or dinner on the following days of your cruise)
* Welcome snack
* Captain's Dinner
* English and German speaking representatives during embarkation and disembarkation
* Guided city tour of Zadar